My youth group is called Pulse Students. I love that name but I can’t take any credit for it. The previous Minister to Youth, Nils Smith, named it when he began serving his call at Trinity Baptist. Nils is one of the most talented youth leaders I know. He is now doing tremendous work at Community Bible Church leading their online ministry and helping facilitate the largest college ministry in the city. Which is ironic…but that’s another story.

A few years back, Nils knew exactly what he was doing when he named our group “Pulse Students.” When he arrived this program needed a heartbeat. It needed a pulse that would beat not only for God but for other people around the city and the world.

For years (after Trinity lost a major leader), Trinity began to neglect the real needs and issues of our youth and young families. Years later this pattern led to confusion, anger, hurt, slander, and lack of trust within our church walls. It was a mess. So people started to point fingers and began to solve problems on their own…but they kept failing. In the end:

We desperately needed God. Not Ourselves.

Rebuilding the youth program has been a challenge here at TBC. After many years of effort, it is still under construction. Nevertheless, I love it when my kids live out the gospel and get it right.  I know they get it right when they put God First, Others Second, and theirselves Third.

Leading a youth retreat (during the exact half way point of my Lenten journey) has been truly enlightening. For the past 4 days, I have been on what we call our “Soul Train” Discipleship Weekend. Despite the obvious change in environment…I have experienced similar events on this trip that resemble my current homeless simulation. It has been strangely familiar.

First, we went on a train trip from San Antonio to St. Louis. Trains have been a theme during this journey. (See my post called “Trains.” And…FYI St. Louis might be my new favorite city. The City Museum is absolutely amazing!) Second, there has been similar communal living on this trip like in the shelter. Albeit, it has been indoors…but living with teenagers in tight quarters can be just as challenging and smelly. Third, I have not gotten a lot of sleep on this trip or during my journey, but I usually don’t sleep much during youth events that I lead…so that “no sleep sting” is still in my body. Fourth, students are just as crazy and messed up as many of the homeless. They struggle with grasping true reality, common drive, similar addictions, and the ability to lose all control of their emotions. The list could go on….

And lastly, while on this trip, the mission ministry to the disenfranchised has been very similar. A topic that has been obviously on my mind the past 3 weeks. It was fun to watch them dive into this type of ministry.

During our first day of service, our students served at the Community Care Center in Granite City, IL. The center is a United Way project that serves the citizens in need in the industrial region of far east St. Louis. It’s a soup kitchen, clothing store, and food bank…all in one. For the day of service at the center, our students were broken up into those three teams.

It was fun to watch them work! They were not hesitant or complaining. They dove right in! Hairnets and all!

Some students worked in the food pantry and organized the food donations so the center could easily create care packages of essential items. Some students help organize clothes in the donation center so the clients could find the right type of clothing. Some students helped serve in the dining room to people in need of a hot meal for lunch.

The center serves around 100-200 meals three days a week. Our students served the final meal of the week, so many people showed up to receive assistance. Our kids did great. They welcomed all who came in to eat. They served the food with love and kindness. They did not judge them for needing assistance. They talked with them. They laughed with them. Even cried with them…

Two of our girls ate with a man named Mike, who seemed to be homeless for quite a long time. By talking with him (they are 16 years old!), they learned about his life, his parents, his children, and how he unexpectedly lost his wife a few years back. He was married for 39 years. They had tears in their eyes. They made a connection…not one based on server and taker…but one based in equality and Christian friendship.

The other mission projects during the trip consisted of assisting the elderly through yard work, cleanup around the community, as well as painting Sunday school classrooms at a small local Baptist Church in town. All these acts of mercy were connected to what we were studying in the book of James.

Another student, who is in Junior High School, worked his tail off this weekend and never slowed down! It was a surprise to say the least. When we were raking an elderly woman’s yard, he raked the entire time. When we painted the church, he stayed longer to help finish the details so it would look complete. Was this kid in Junior High? He was acting more like a high schooler than a kid in 7th grade…maybe even older than that.

Even some of our students (who did not attend this trip due to sports, family trips, etc) decided to give up a day of their Spring Break and serve a local ministry called Blueprint Ministries in San Antonio.  Dee Dee Sedgwick, who is the Director of Blueprint and one of the co-leaders of the Alamo Heights Life Group for TBC, helped facilitate the day of service. It was really cool.

It hit me! My students were starting to figure it all out. They were learning to participate in the Gospel and not just hear the Gospel.

They got it!
They lived it!
They did good work.

James (the Author of the book we were studying this trip) would be proud.
I was very proud. Not as their leader. But as a fellow disciple of Jesus Christ.

They found a Pulse.
God is not through with them yet! 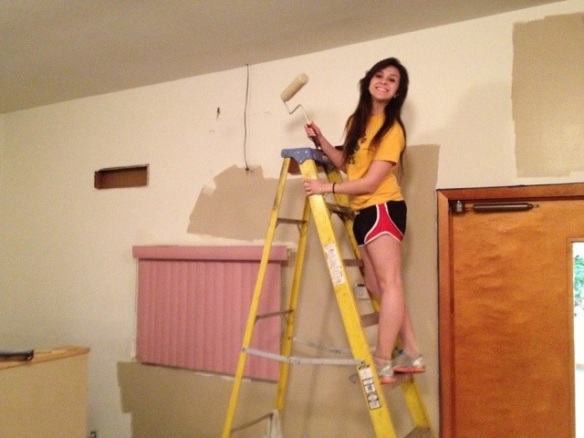 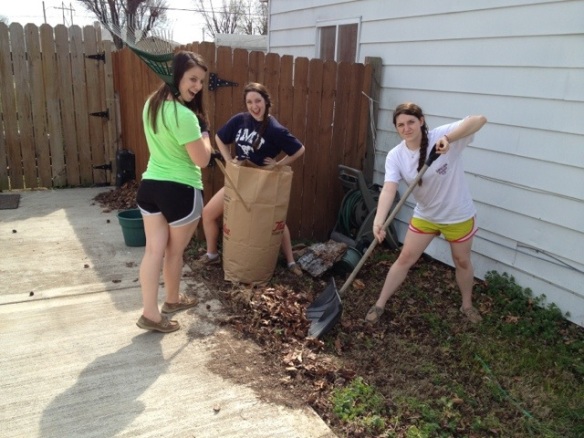